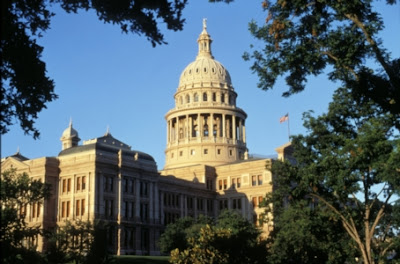 ...I have a bunch of changes to make. This is my last week with the Navigator and I am beginning to get pretty bummed about that. Yesterday I met with my diabetes educator, who hung the moon, and we looked at my blood sugars from the CGM on the CoPilot software. She'd look at day after day of readings and say, "See here, you are dipping a little at 5:00 a.m. and you seem to be rising after lunch each day."

There is NO WAY she could have ever seen those changes without the CGM. We made a new pattern for my week (or two) of hormonal changes after I ovulate (TMI for you guys, but I bet you have hormone fluctuations, too) and we made many adjustments to my basal rates and also to my sensitivity.

I also learned that my older version of the Minimed pump (712) does not have a way to change the duration of the insulin board based upon what kind of insulin you use. It is automatically set to assume that it is hanging in there for eight hours after a bolus, whihc really messes with correwctions post meal. I have seen with the CGM that two hours post meal (where I had a correction with my meal) it says 216. I try to do a correction, but it says 0.0, assuming I have insulin on board that will cover the high. I check again at four hours, still high and says no correction, BUT, the insulin is long gone. SO, now if I see highs four hours after a meal or correction and my sugar hasn't gone down, I will ignore the 0.0 and do the correction.

I would have ever seen the subtly and nuance of my blood sugars and reaction to food without this thing.

Can you hear the woe in my voice? I talk about this CGM like it is a friend who has walked away from me to hang out with the cool kids. Of course, I can just go buy the Minimed version, but I want the smaller sensor; I want second generation technology, not the huge two piece unit. I want one with the kinks worked out. So, I wait and I guess I'm going to have to check my blood sugars more than a couple times a day.
HOWEVER, I have today, Thursday and the morning on Friday to use this tool and work out the kinks of the changes we made. Pretty drastic changes and I am excited to see if they fix my low-highs (low 200s).

Headed to a press conference at 11:00 a.m. at the Texas State Capitol where a very positive stem ell research bill that supports research for degenerative diseases and conditions (that means diabetes) will be announced.
Posted by Wendy Morgan at 9:05 AM

Wendy I have a question - with your CGM you have noticed that your bg always rises a bit after lunch. What exactly do you mean by that? Are you trying to prevent a rise above 160mg/dl or are you talking about a rise maybe only as high as 140mg/dl? How demanding are you? I also usually rise after lunch, but the problem is that maybe 2 of the 7 days in a week it will not rise after lunch. Sometimes more exercise explains the better test results but sometimes I cannot explain why my bg did NOT rise that particular day after lunch. This makes me reluctant to make changes. I really would appreciate feedback from you! I am so sorry you have to give up the Navigator! I just test and test and test - no CGM!

I am NOT demanding at all. My sugars are running over 200 after lunch and staying that way four hours after. I have finally figured out that it may be due to the fact that my pump THINKS it has enough insulin on board at lunch (from my morning snack) and does not correct for anything over 100 (which is very incremental; my sensitivity was 40 b4 doctor appt, changed to 30 at Dr. and then I ran low post meal, so changed to 35 last night). Minimed changed this default setting on their newest version of the pump, but I have to figure it out myself.

I have more to say, but I think I’ll put it into my next post.

Thanks for your comment Chrissie! I enjoy having you as part of my T1 family!

Wendy:
Any idea when abbott's monitor will be out? (I am getting tired of my dexcom monitor which is not as accurate...and with the one touch ultra which is not that accurate)

Whoa,Wendy, I just want to say that I was really glad to see your response to Chrissie in there. I would be thrilled if my post-meal bg only went up to 160 - I always hit at least 200 after a meal, and more insulin just makes me go over 200 then go low. Having the Dexcom doesn't help much with that, except when I decide to be really aggressive with my bolus, then eat a second lunch/breakfast 2.5 hours later to keep from going below 40... I've pretty much resigned myself to always being "reactive" rather than "proactive" since even with 6 months of my CDE going over all my CGMS downloads when I did the minimed trial, we just couldn't get the control I'd like...

Regarding the questionof availability, I will ask tomorrow, but I bet they don't know. It is pending FDA approval.

Regarding Val's comment, reactive indeed. With the adjustments we made on Tuesday, I have been dipping low, but not all the way below 80. It is weird, post meal I am at 127 (yea, by the way) and I get the warning of a projected low. It slides to 97, then 87 and then levels out and works its way back around 117. I have stopped grabbing a juice right away in the last couple days to see what my body does and it has been very interesting.

By the way, I have asked a rep at Minimed to call me tomorrow to talk about thier latest version of the CGM. With so many options now or about to be on the market, I want some serious customer service. I want to be sold that this is the best thing since canned beer. If they can't meet my needs, I will wait till someone can.

I often find that exercise is the easiest way to get a bg down after lunch. You just keep exercising until you se you are getting in the right range. The BIG problem is sometimes you do not have the time right then! Most doc's say you can eat what ever you like, BUT if you eat a lot of high GI carbs the bg will rise too quickly and not fit the curve of the insulin, ie you get hypos afterwards. In addition if you eat carbs with different GI indexes on different days you are of course NOT going to get the same curves each day. That is what happens with me at least..... I always feel so jealous of those people who say they can eat whatever they want and just bolus for it. For me it just isn't so simple!Wendy, I would appreciate your comments on my blog. I have so many questions.