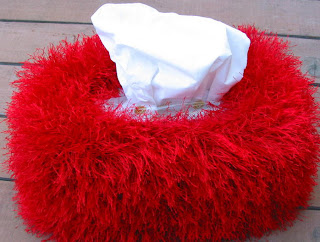 So, last week my six year-old daughter woke up with an excruciating earache. She screamed for hours and the following day she ran a little high, but presented ketones. I got them down with an increased basal rate, but in the meantime, I was awake with her several hours at night helping her manage the pain in her ear (nothing was working) until the doctor finally prescribed oral antibiotics. I slept about five hours a night for five nights.
Saturday, as the medicine began working for my daughter, I started to feel sick. My blood sugars were OK, but I had the most awful feeling in my head (between nose and throat). I took herbs, zinc, vitamin c and thought I would surely kick this sickness, after all I just don't get sick often. Sunday I was stuffy with a sore throat, still believing that I was about to ward the thing off, but then came Monday.
Oh! I felt like total crap. Mild fever at 5:00 a.m., blood sugars beginning to soar, ketones with a blood sugar of 230. Sickness was here. I spent Monday morning ignoring that it was bad; I kept thinking it would be gone in a few hours and around 2:00 p.m. my CGM went dead.
I had a warning that my battery life had one week on it, but that warning was wrong and it died in three days. At this point, I ripped the thing off, because you can't just replace the battery, you have to change out the sensor too. I fell asleep for four hours and woke up feverish and miserable. My ketones were now high and I had to go back to finger sticks.
Somehow I mustered the energy to change my infusion set (which I thought might be occluded), give myself a shot to counter my 300 blood sugar; I replaced the sensor and batteries in the receiver and went back to sleep. That was exhausting!
I did this from my bed with a 102 fever and I swear, it is never just one thing with diabetes. It is the infusion set, your are out of strips for your meter, you can't find a battery, the control solution has disappeared, you are out of juice AND milk; all your syringes are gone, the prescriptions aren't refilled, the insulin fell on the floor and broke open (and you don't have a refill at the pharmacy). I've just come to expect to sit down with every supply I own, because one issue leads to another and I really hate getting up to look for one more thing..
So, the smartest thing I did was get my hubby to call the doctor and get me medicine last night. If they worked for my daughter, they would work for me and here I sit, fever free (although rambling a bit).
My CGM wanted calibration at 3:00 a.m., and I was 60, the lowest I've been in sometime, as I get a warning at 65 and usually correct it immediately. So I had to check again in 20 minutes and again at 5:30 a.m., but I was so glad to know it was on and working.
Last night I slept 11 hours and today I did nothing. This blog is the most I did and it was nice to be quiet, even though I can't breathe through my nose. My dear sweet husband bought me tissue with lotion in it; I never really knew how valuable that gift could be.
Photo from www.parody.org/.../tissue_box_cosy/index.html, where you can learn to make your own fuzzy tissue cozy!
Posted by Wendy Morgan at 9:41 PM

Oh sweetie-pie take care. You sound so SICK. Problems NEVER come alone. Zillions get dumped on your doorstep at the same time! Heidi and I were talking about how we think Ds get less sick than our partners who are NOT Ds. You too thought you would escape this.... No such luck this time.

Me again - I forgot to say that I love the red feathery thing!

I hope you are feeling better!

I love the kleenex box!